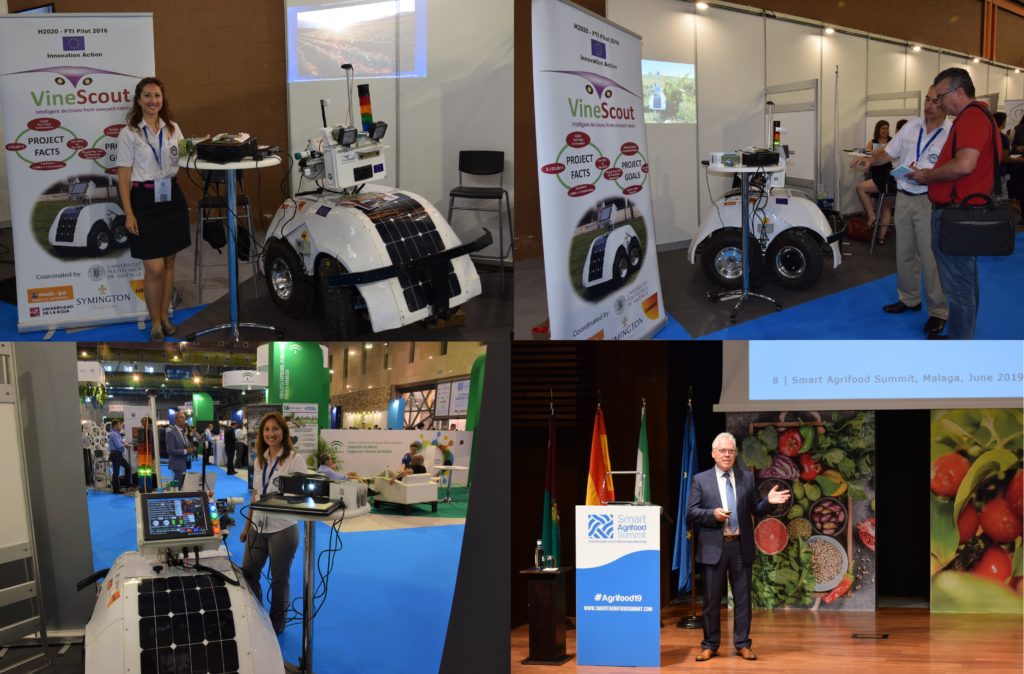 VineScout was presented at the Smart Agrifood Summit on 20 and 21 June in Málaga, Spain. This event attracted all kind of stakeholders from the agricultural sector, including such key players as John Deere, Bayer, IBM, Bosch, or Deloitte, in addition to representatives from the Spanish Government and the European Commission. A number of investors stopped by the project booth, and requested an update on the project progress and the second prototype. UPV attended the trade show in Málaga.

Read More >>
TOP
We use cookies to ensure that we give you the best experience on our website. If you continue to use this site we will assume that you accept them.Ok